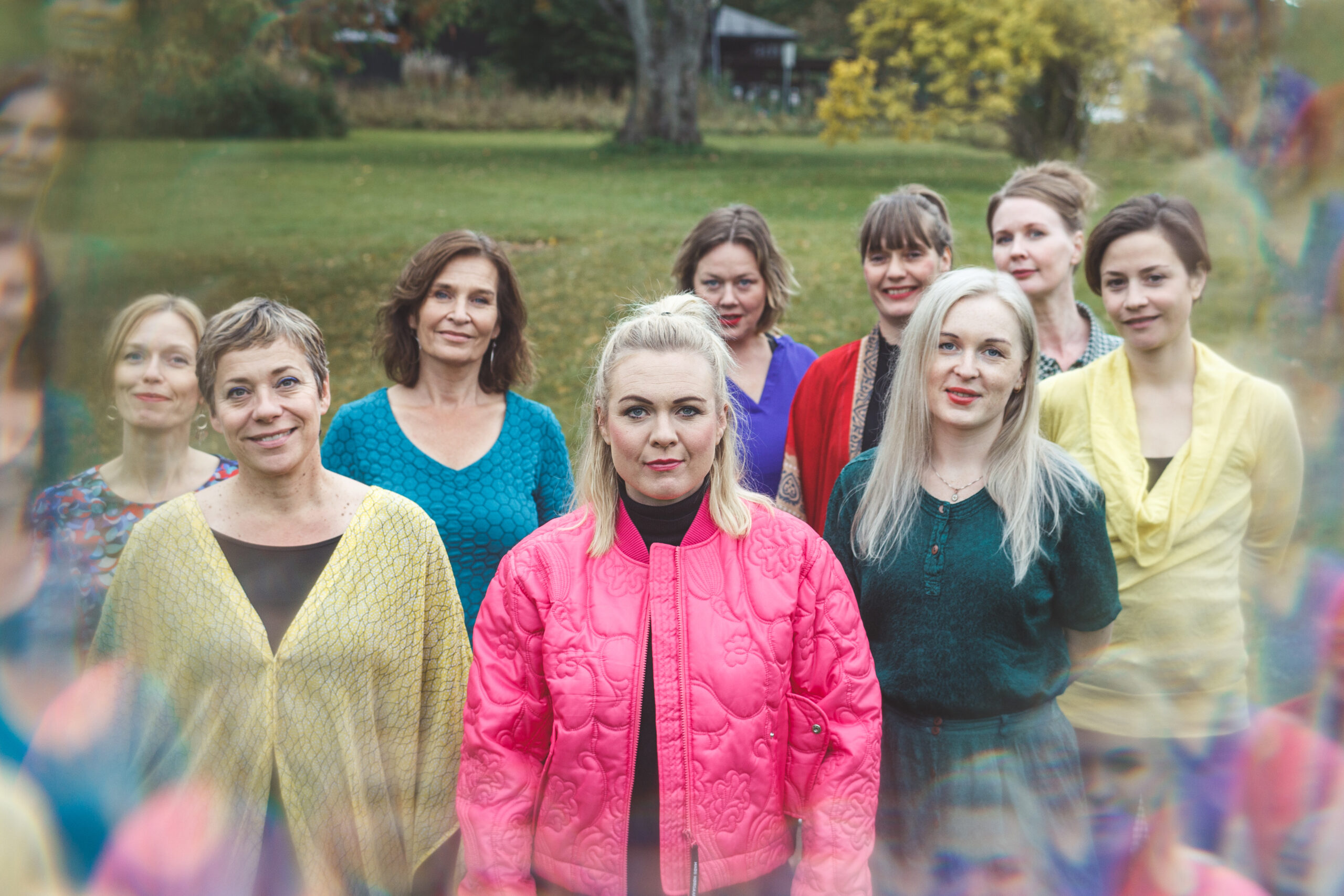 Two of Sweden’s most influential and innovative vocalists and composers; Lina Nyberg and Josefine Lindstrand have together created a completely new work called Songs around the world. Songs around the world is a dizzying concert experience, specially composed for the spectacular Norwegian voice ensemble Trondheim Voices and the danish percussionist Michala Östergaard-Nielsen. Lina and Josefine also participate themselves. The music contains composed and improvised parts that reflect collected moments from around the world.

It all started with an idea to collect text fragments from people around the globe, colleagues of Lina and Josefine in the musicbusiness. These people have been asked a number of questions about their immediate experiences at a specific moment. What does it look like outside your window? What are your worries and longings? What was your last dream?

Based on these quotes, lyrics are created and impulses are given to musical processes and melodies that Nyberg and Lindstrand skillfully weave together to take the audience on a journey around the world.

Songs Around The World premiered at Umeå Jazz Festival October 2021.

It is moving, enchanting and extremely talented.
Västerbottens-Kuriren, Adam Olofsson

About Lina Nyberg:
Lina is one of Swedens foremost jazz singers and composers. Born in Stockholm in 1970 and educated at the Royal Academy of Music. Since her record debut with Esbjörn Svensson in 1993, she has produced 20 albums in her own name. She has toured the world, in recent years in addition to Scandinavia, also in Canada, Portugal, Germany, Argentina and Brazil. “The Swedish vocalists writing is stunning, especially for strings, and her singing is more personal than ever.” DownBeat magazine (5/5)

About Josefine Lindstrand:
Josefine Lindstrand is a highly acclaimed jazzsinger, composer, and pianist living in Stockholm Sweden. For more than 15 years she has been one of the leading singers on the jazzscene in Scandinavia, but also around Europe. A part from making her own music, touring around the world with her mesmerizing band, she has written commissions for choir, big band and movies. For over 10 years she has been the singer in british pianoplayer Django Bates Band Human Chain, and has performed and recorded with US-pianist Uri Caine. “She is something of a phenomenon, with her fabulously imaginative songs, her theatrical performance as well as her phenomenally exciting voice”, press quote from her last record “While we sleep”.

About Michala Østergaard Nielsen:
Michala Østergaard-Nielsen is a drummer / percussionist and composer from Copenhagen. She has a very personal expression and is described as having an almost Zen Buddhist relationship to drumming, improvisation and music. She explores the drums both as a rhythm instrument and sound wise with great sensitivity and presence. She has participated in countless recordings with various bands, and also runs her own projects such as “Østergaard Art Quartet”. In 2018, Michala was awarded the prize “Jazzkannan” from the Swedish Jazz Association: “This year’s ”Jazzkannan” award goes to a spiritual and responsive composer and musician, whose universe is filled with poetic vibrations that lead to instant love.”