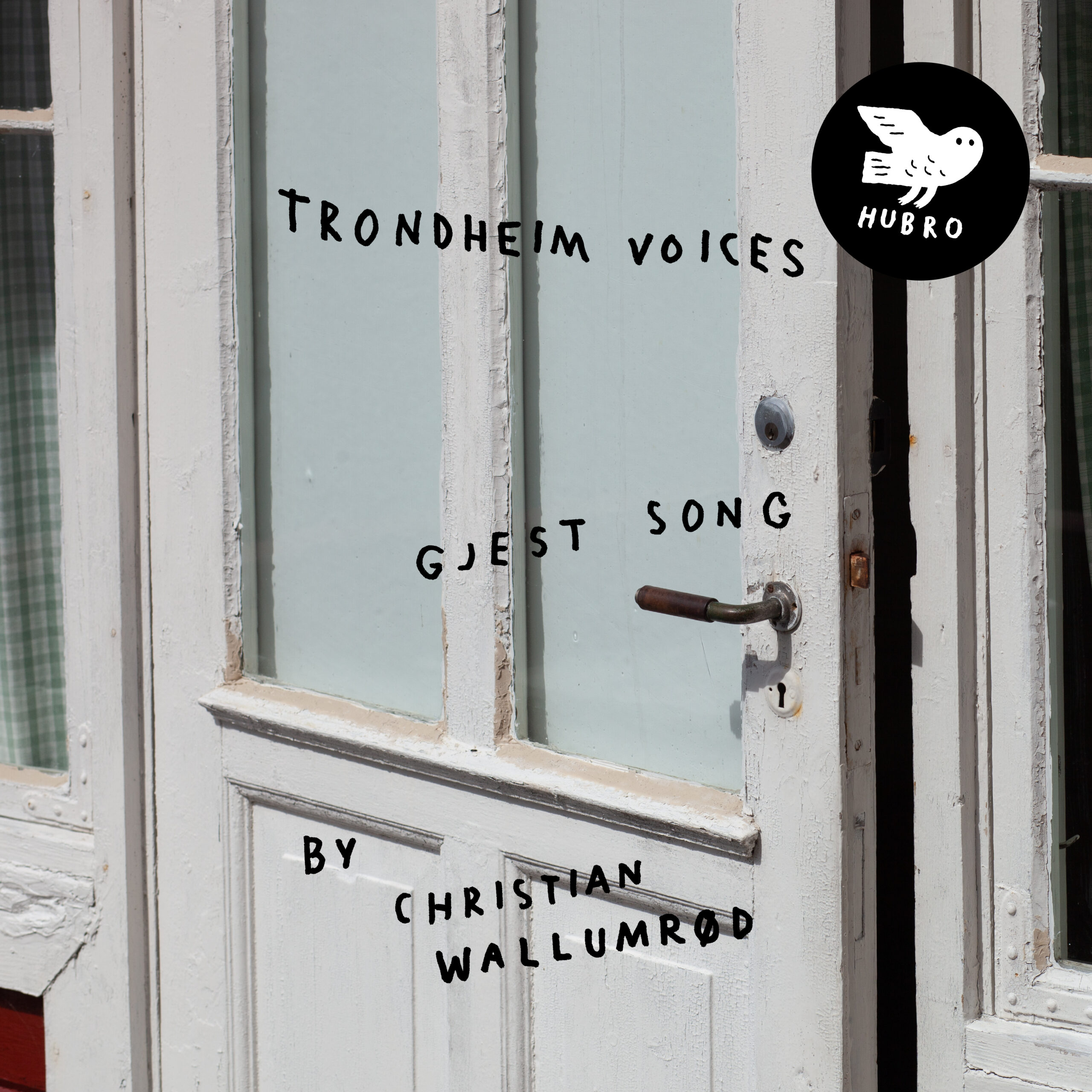 Trondheim Voices has since the early 2000s been one of Norway’s most innovative and influential vocal ensembles.  Each singer’s individuality, and her timbre combined with the other voices, are in focus, resulting in a unique quality to the group´s collective sound. The album “Gjest Song” invites the listener into a timeless space, with music composed by Chrsitian Wallumrød.

In 2015, Trondheim Voices and Wilad at Art made a Gestamtkunstwerk called “Gjestehus”, a long durational performance which took place in a 5 days round the clock open event in Lademoen church during the Trondheim International Olavsfest the same year. Christian Wallumrød was invited to write music that was continuously performed and shaped day by day. Recorded in Melhus kirke in 2020, 5 years after the premiere, the material had time to mature further, without differencing itself too much from the original piece of art:

«Christian´s compositions are mostly the same as the first performance, but on the album, we have opened it up a bit more and added some ideas that turned into collective improvisational processes. A big part of the recording is also the sound of the room and building where we sing, living it´s on life in interaction with the weather outside”. -Sissel Vera Pettersen, Trondheim Voices

Based on the original project´s placement and perspective of time, Christian Wallumrød has composed textless music based on a material which could be shaped in collaboration with the singers, and which could appear at very different times, be combined in various ways and withstand repetition and reuse through the relatively long-time span.

«I´m happy that Trondheim Voices took the initiative to record the music, and it´s been nice that it has been some time since it was originally performed and tested. To record something, create a sound, sequencing and form, will always bring forward its own logic and weight. To me it felt like a natural consequence, a type of continuation where we in collaboration focused on the sound and the musicality. I like that the room and sound of the place we worked have put such a distinct character on the recording. In some way it is also a peripheral reminder of the specific placement of the original performance situation”. – Christian Wallumrød

Trondheim Voices is a groundbreaking Norwegian ensemble of improvising vocalists, constantly challenging and changing the framework for how a vocal ensemble can produce sound art. Each singer’s individuality, and her timbre combined with the other voices, are in focus, resulting in a unique quality to the groups collective sound. Through their many collaborations with cutting edge composers like Christian Wallumrød, Marilyn Mazur, Jon Balke, Mats Gustavsson and Maja Ratkje, they have made solid statements as developers within vocal and improvised music. Trondheim Voices are exploring and developing new music in the interaction between the singers, the audience, their surroundings and new technology.

Christian Wallumrød has worked as a musician and composer since 1992, and he is considered one of the most prominent and influential musicians of his generation in Norway. Following his debut on ECM Records (“No Birch”, 1996), he has released a string of albums with Christian Wallumrød Ensemble (CWE) on the same label, all to considerable critical acclaim. The album “Outstairs” (2013) was awarded the Norwegian Grammy´s (Spellemannprisen). Brutter (2012), Christian’s collaboration with drummer brother Fredrik, has released three albums (Hubro). Hubro is also the home for albums with CWE and Dans Les Arbres, as well as Wallumrød’s solo piano records Pianokammer (2015) and Speaksome (2021). Wallumrød has written commissioned works for Ensemble Allegria, Håkon Stene, Oslo Strykekvartett, BOA and Trondheim Jazz Orchestra.