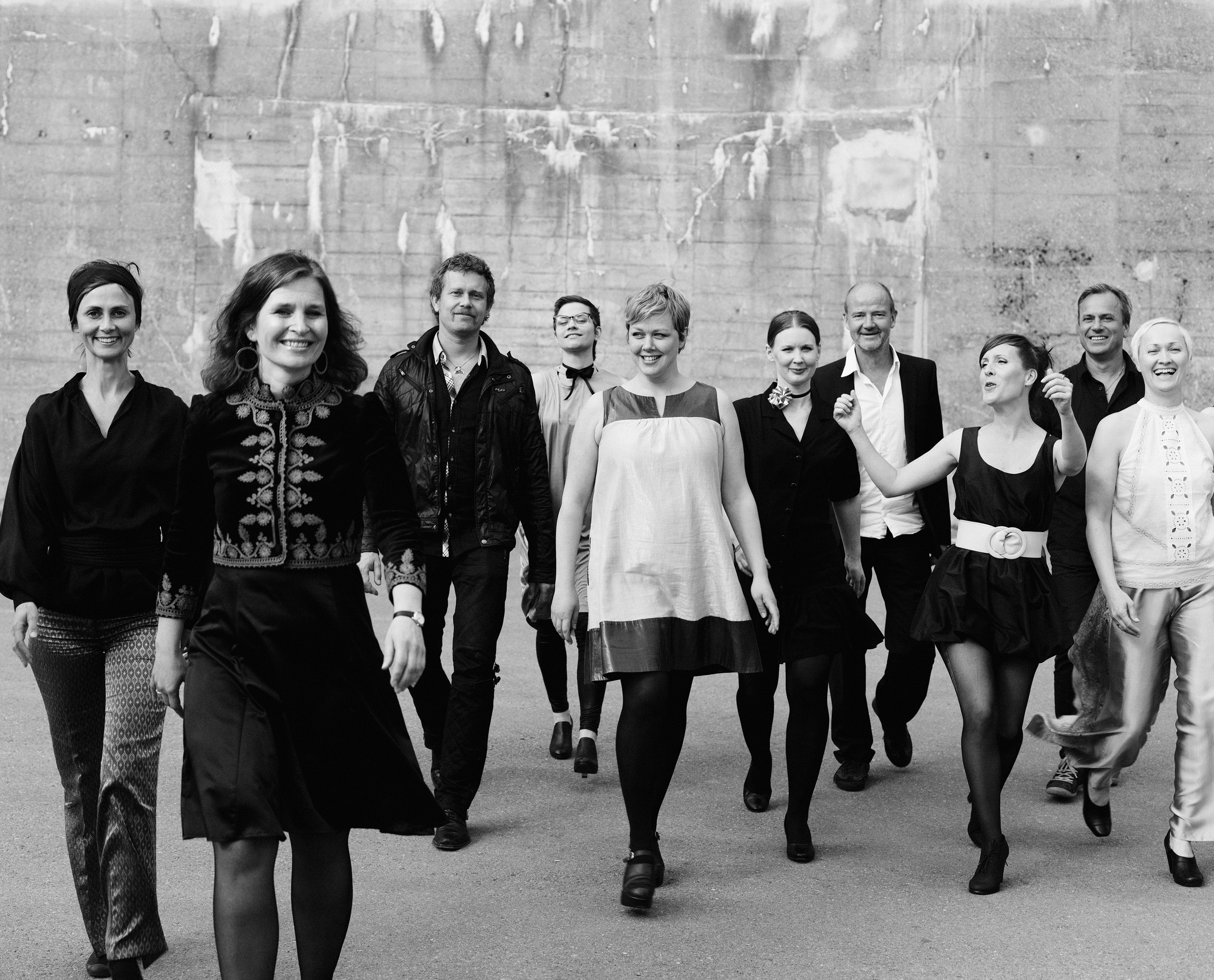 Jon Balkes’ “On Anodyne” was commisioned by Trondheim Voices and premiered at the Molde Jazz Festival 2011 . The work is a suite for 9 voices and 4 percussionists. The percussion collective ”Batagraf” consists of Jon Balke and a handful of drummers that explore polyphonic techniques in new music with roots in West African Wolof music.
The components in this music is voice, drums and text. In “On Anodyne” Jon Balke made use of the poem “Anodyne” by the American poet Yusef Komunyakaa, who is concerned with timeless themes such as myths and sin, sensuality and jazz. The album On Anodyne was recorded in legendary Rainbow Studios and released on Grappa in the fall of 2016. The album was nominated for a Norwegian Grammy in the category best contemporary album of the year.

I love how it swells
into a temple where it is
held prisoner, where the god
of blame resides. I love
slopes & peaks, the secret
paths that make me selfish.
I love my crooked feet
shaped by vanity & work
shoes made to outlast
belief. The hardness
coupling milk it can’t
fashion. I love the lips,
salt & honeycomb on the tongue.
The hair holding off rain
& snow. The white moons
on my fingernails. I love
how everything begs
blood into song & prayer
inside an egg. A ghost
hums through my bones
like Pan’s midnight flute
shaping internal laws
beside a troubled river.
I love this body
made to weather the storm
in the brain, raised
out of the deep smell
of fish & water hyacinth,
out of rapture & the first
regret. I love my big hands.
I love it clear down to the soft
quick motor of each breath,
the liver’s ten kinds of desire
& the kidney’s lust for sugar.
This skin, this sac of dung
& joy, this spleen floating
like a compass needle inside
nighttime, always divining
West Africa’s dusty horizon.
I love the birthmark
posed like a fighting cock
on my right shoulder blade.
I love this body, this
solo & ragtime jubilee
behind the left nipple,
because I know I was born
to wear out at least
one hundred angels.

5 minutes of “On Anodyne” Concert – Trondheim Voices/Batagraf from Jon Balke on Vimeo.